Light Language is an angelic voice bringing in the pure vibration of endless love. There are waves of love rippling throughout the universe in a harmonic frequency of light codes.  The language of light is a universal ancient eternal language. It is a doorway connecting you with an unlimited resource activating and remembering your true potential as beings of light. Light Language activates codes of spiritual and emotional healing, knowledge, and memory.The light codes also open individual chakras for healing and transformation in your body.   The sounds emanating from your light language enhance your connection with your higher self and guides. This happens through octaves of harmonic vibrations and frequencies of light that are held within your DNA light body.

The Akashic Records are memory codes that are held within your light body. They are powerful extensions of your soul operating on multidimensional levels that link aspects of yourself, past lives and your higher dimensional modes of existence.  Light language awakens your soul and aligns the many deeper parts of you thus giving you a real sense of freedom. It gives arise to ideas, creations, and gifts from this higher aspect of self. Geometry is the foundation of structure for art, science, music, and architecture. Its images, codes, and shapes are found in DNA, crystals, atoms, mandalas, hieroglyphs, and pyramids. The language of light is a sacred geometry produced by frequency, resonance and vibration.

Light language allows you to receive information from angelic and spiritual realms beyond the physical.It is a beneficial ascension tool that allows us to interact with your team of spiritual and healing guides, the natural world, and one another on a deep soul level.

Galactic light codes are energetic symbols that convey frequencies of light, sound, sacred geometry, and cosmic information.  They contain within the universal language of light that is understood by all life. These symbols bypass the traditional language centres of the brain.

Galactic Light Codes contain information and wisdom from many star systems and ancient civilisations. We are closely aligned with seven main star systems. These are Lyra, Orion, Pleiades, Arcturus, Sirius, Andromeda and Cassiopeia. They assist you in releasing energies and beliefs that do not serve you so that you may be open to accessing the experiential wisdom of these star systems. We may have used galactic light language communication in other lifetimes and dimensions. These include many of our ancient civilisations in Egypt, Lemuria and Atlantis. Some starseed light languages are channeled voices of galactic beings of light that assist us with healing ourselves and others.

Light language varies from person to person. Whilst many light languages are related they each have individual expression and fidelity. If you are familiar enough with Pleiadian or Arcturian light languages (etc.) you may be able to feel and know which individual extraterrestrial being you are channeling or your own predominant celestial heritage. Many of us originate from many star races and one or two will resonate more than the others.

When you work with light language you engage with a galactic team of psychic surgeons, technicians, and geneticists.They work to recalibrate the template and cosmic grids of your physical and subtle bodies, or those of a client. The light codes are instructions for the DNA, psyche, cells, and the light grids of the body. You let them work their magic as you become a facilitator allowing them to heal and channel information.

The sounds intoned in light languages have a wide range of expression. They range from animal sounds to clicks and pulses such as Hyperborean languages or cetaceans and merfolk languages. They can be poetic, consist of tones and songs, and many are spoken dialects including rapping and talking unusually fast or slow. These ancient sounds may be a universal root language that predates those developed on Earth.

Physical movements add to the transmission of light languages that add richness and fidelity to spoken light language. Also, many awakening souls find themselves spontaneously doing hand and body mudras, dancing, singing, and toning as they speak languages that they have not learned and do not understand.

Some people hear a mysterious dialog or language in their thoughts. They may awake from a dream having telepathically conversed in galactic dialects. Some see visuals like sacred geometry or hear galactic dialects.

Some sounds may be pulses, clicks, tones, animal sounds, and sounds of light codes from earth. As light language speakers we are allowing our voices to speak for plant spirits, animal spirits, elementals, crystal devas, and other conscious beings that cannot be heard in our modern society.

Spoken light language may sound like gibberish when you first encounter it. Often the person hearing it seems to recognize it as something familiar or at the tip of their tongue. The more you are willing to experience light language the more natural it becomes and the more you are able to benefit from its healing and transformational effects. These benefits are also strongly felt when intoning mantras or meditating on mandalas or self-generating as ancient deities. Sound has been used as a healing tool for centuries. Light language is a form of sound healing, which has the ability to reprogram our thoughts, emotions, physical health, and even our DNA. One important function of the language of light is to reunite and integrate multidimensional soul aspects from our ancestral history, parallel lifetimes, other incarnations, and dimensions that lie beyond our own.

Hearing light language is like a sound bath washing over every part of your physical body, subtle bodies, and your soul. It helps you remember and reconnect with your divine blueprint. The frequencies work on all levels including internal organs, mental imprints and emotional traumas from past lives.

We are in the process of remembering our light languages. Light Language appears for some during a psychedelic experience, a kundalini awakening, from working with the ethers, or after being attuned with Reiki, Star Magic, or shamanic healing.

Light language frequencies invite intense energies for facilitating light body restructuring, spiritual activation, consciousness shifting, and receiving guidance from our angels and spiritual guides as well as the Akashic records. It connects us to higher divine realms that are multi-dimensional in nature and outside the limitations of birth, death, time and space. Light language allows us to communicate directly with source energy without interference from our conditioned human minds. It also activates light codes to assist with healing, regeneration and deeper levels of channeling. It literally opens up the doors of perception and channels to new guides and information paradigms.

The uses and applications of light language and light codes are legion. They can be used for healing, activating your light body, inter-dimensional travel, soul retrieval, manifestation, higher science and technology (also known as magic), integration of soul aspects, and for channeling energy.

The light and sound frequencies accessed by light language affect our DNA and activate dormant levels of our genetic code. This process facilitates our reconnection with the divine blueprint and our template upgrades so it allows more light and information to enter our entire body and aura.

Many people channel light language without knowing it. This includes intuitive mudras and hand gestures, and singing of tones in sound therapy. Also,automatic drawing, geometries and doodles that resemble hieroglyphs, foreign languages, and chemical and mathematical formulas are all light languages.

Light language healers work with a team of galactic technicians and psyche surgeons with diverse skills. Their loving cooperation allows a client to receive treatment in multiple areas at once. Their clients report positive changes in the days following. This shows that this treatment is effective and on-going.

Let your heart be your guide. Your heart has shown you the way for many years.  Trust your hearts and look inwards for guidance not outwards.  Then allow the light language to flow. 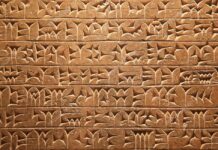