The Krystal Spiral sequence is the template for all of creation. All true patterns of nature are generated through the unfolding of the Krystal spiral. It is the perfect pattern of nature and contains limitless energy. Energy flows into and out from the centre like a closed circuit, and no energy is lost.

The Krystal Spiral maintains a living and breathing connection. This is through the simple mathematics of addition and multiplication. Both mathematical operations maintain the integrity of the series from 0 to infinity. 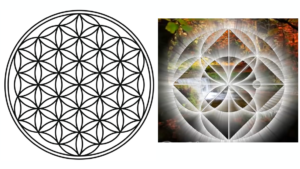 What is the Krystal Spiral?

The original organic Krystal spiral is created from the mathematics of the 12 Tree Grid. This is also known as the original design of the angelic human twelve strand DNA diamond sun Christos matrix.

The Krystal architecture is expanding eternally with the numbers 0, 1, 1, 2, 4, 8, 16, 32, 64, 128, etc. The Krystal sequence includes zero, and it is created by adding the last two numbers to find the next number. Also, after the initial ‘0’ and ‘1’ you can multiply the last number by 2 to get the next number.  Zero is the central point of zero-point source energy where all is one and one is all.

The Krystal spiral is the simplest pattern possible in nature. It is connected through the addition and multiplication of all of the previous numbers. For example, using addition 0 + 1 + 1 + 2 + 4 + 8 + 16 + 32 = 64; and using multiplication 64 = 64 x 1 = 32 x 2 = 16 x 4 = 8 x 8. This links the next number in the Krystal sequence to all the previous numbers. When drawn, the Krystal spiral curve is a smooth spiral that exponentially grows. You can see in the illustrations below that the curve is the same at every scale from the smallest to the largest scales.

Originally, The Flower of Life came from Atlantis, and it is associated with certain beings including Metatron. The Flower of Life is also known as the ‘daisy of death’. Its geometry and science are popular within the modern New Age movement.

The Flower of Life has its origins in Krystic structures. The Flower of Life contains distortions, and dead ends. The Metatronic geometry used for creating our universe breaks apart higher dimensional networks and source energy connection is lost. The outcome is the closed and dying universe that we see today.

The recycling of finite energy to generate growth is great for inorganic life like rocks and crystals. The Fibonacci sequence describes the pattern of nature for finite life. It does not work for eternal life. The Fibonacci pattern of expansion is found in nature in many life forms on Earth today. Everything described by this pattern, including our bodies, is subject to time, ageing, and decay. 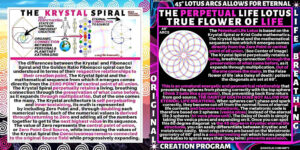 The Fibonacci spiral isn’t a proper spiral. As it expands, the Fibonacci Spiral approximates to the Golden Mean spiral. The Fibonacci spiral doesn’t have an inner spiral so it cannot converge towards the centre. The mathematics of Fibonacci is beautiful and simple. It does a great job in approximating nature and fits our relative perspective of the material world.

The Fallen Ones, including the Annunaki and Metatron, were unable to genetically alter or regenerate the eternal Krystal pattern from the primal blueprint of Source Energy or God. Instead, they used imperfect reflections of the primal Krystal pattern. These patterns are often incomplete, unstable, hacked, or corrupted.

Altering the precise codes, pattern, and configuration of perpetual motion and eternal life breaks the connection with Source Energy forever. When the precise codes of eternal life given by God are doctored or hacked then the infinite eternal flow of free energy is blocked.  To survive, the Fallen Ones find alternative finite supplies of energy. This includes the manipulation of reality so that they can feed on the energy of other living beings including humans. 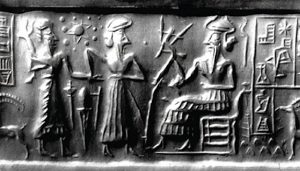 With a limited supply of energy, and disconnection from God, the Fibonacci pattern is limited to one universe or domain. It is this  energy pattern, the so-called ‘Metatronic Flower of Life’, which configures our light bodies and souls to continuously reincarnate on Earth. Metatronic codes also reverse merkaba ratios. This forced the merkabas of enslaved human beings to spin in ways that prevent ascension.

Beyond space and time, the eternal and continued existence of cosmic and divine order was threatened by the misuse of free will. The souls of the beings who used free will to inflict harm and suffering on others ‘feel from grace’ and were sent down to earth from the heavens (reborn as humans and animals). They are here to purify themselves on Earth where free will of any sort is allowed. When purified and their light bodies correctly upgraded, they can reconnect to the Krystal network and ascend again. 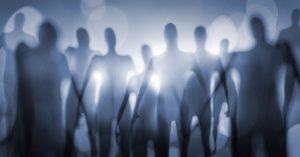 Free will is allowed on Earth. This is so even if that choice leads to abuse and suffering. This leaves the door open for some manipulative beings to use free will to enslave them in imperfect patterns including the Flower of Life and Fibonacci spiral.

You can escape the cycle of suffering and rebirth through the expression of pure loving kindness from your heart. The first step is to authentically share your unconditional love and universal compassion for others. Then let go of everything including your body, your mind, your fears and loves, and the world. Then surrender to the purest light of the divine.

Kathara is the quantum holographic field for sound, light, and scalar waves to weave matter and physical energy from these divine blueprint templates. The word ‘Kathara’ breaks down to Ka (light), Tha (sound), and Ra (one).

The Kathara Grid forms the primal geometry for consciousness to form morphogenetic scalar fields. The kathara grid is geometrically structured with twelve primary centres connected by fifteen primary lines. Since Energy cannot be created or destroyed, then the energy will change form in response to the geometry of the kathara blueprint.

The Kathara Grid is a holographic template which causes all of matter, energy, space, time and consciousness to manifest in reality. The Kathara Grid is seen throughout the microcosm and macrocosm. It is the foundation upon which all phenomena manifest and the geometry which creates form out of the emptiness of the void. It is the light you weave from the darkness.

The Kryst Codes allow for the experience of pure momentary oneness. This is achieved through unconditional love, letting go, and allowing yourself to be one with God.  You are mixing your light with God’s light, seamlessly at least for a moment. This moment of eternity  gives you a glimpse or insight into the limitless eternity of the mind of the Creator.

The Centre of All Creation

Permanent source energy is pure love from God that is supplied directly from eternal source energy. Align and connect with source energy us use this divine network of light to access anything and everything. Remain centred and let your heart guide you.

The Krystal Flower of Love

The Krystal Flower of Life is a geometric template, or divine blueprint, of your hidden history from this and countless other timelines.

The original Krystal flower of life contains the sacred geometric formulas of the 45-degree angles of the Krystal spiral as well as the light codes and activation keys. Together these form the primal pattern of eternal source energy which appears as the Kathara grid. All other patterns of nature, whether perfect and imperfect, are derived from this original grid.

Universal love radiates from the heart of God emanating as the blueprint of the source of all that is. The zero point lies beyond space and time. God emanates eternal love and light that seeds all of creation. This also includes the many worlds of quantum mechanics and countless universes with similar and different physics.

Access our incredibly powerful transformational meditation library on the planet and accelerate your spiritual awakening and ascension journey.

Join Star Magic Infinity free for 7 days to access your ultimate ascension toolkit, light language transmissions, and so much more.