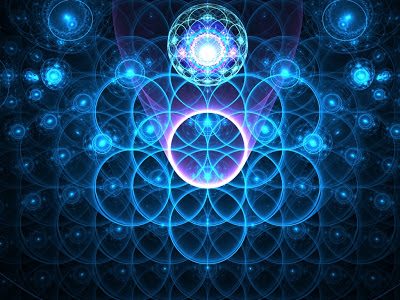 Sacred geometry involves sacred universal patterns used in the design of everything in our reality most often seen in sacred architecture and sacred art. The basic belief is that geometry and mathematical ratios, harmonics and proportion are also found in music, light, cosmology. This value system is seen as widespread even in prehistory, a cultural universal of the human condition.

It is considered fundamental to building sacred structures such as temples, mosques, megaliths, monuments and churches; sacred spaces such as altars and tabernacles; meeting places such as sacred groves, village greens and holy wells and the creation of religious art, iconography and using “divine” proportions. Alternatively, sacred geometry based arts may be ephemeral, such as visualization, mandalas, sand painting and medicine wheels.

Sacred geometry may be understood as a worldview of pattern recognition, a complex system of religious symbols and structures involving space, time and form. According to this view the basic patterns of existence are perceived as sacred. By connecting with these, a believer contemplates the Great Mysteries, and the Great Design. By studying the nature of these patterns, forms and relationships and their connections, insight may be gained into the mysteries – the laws and lore of the Universe. 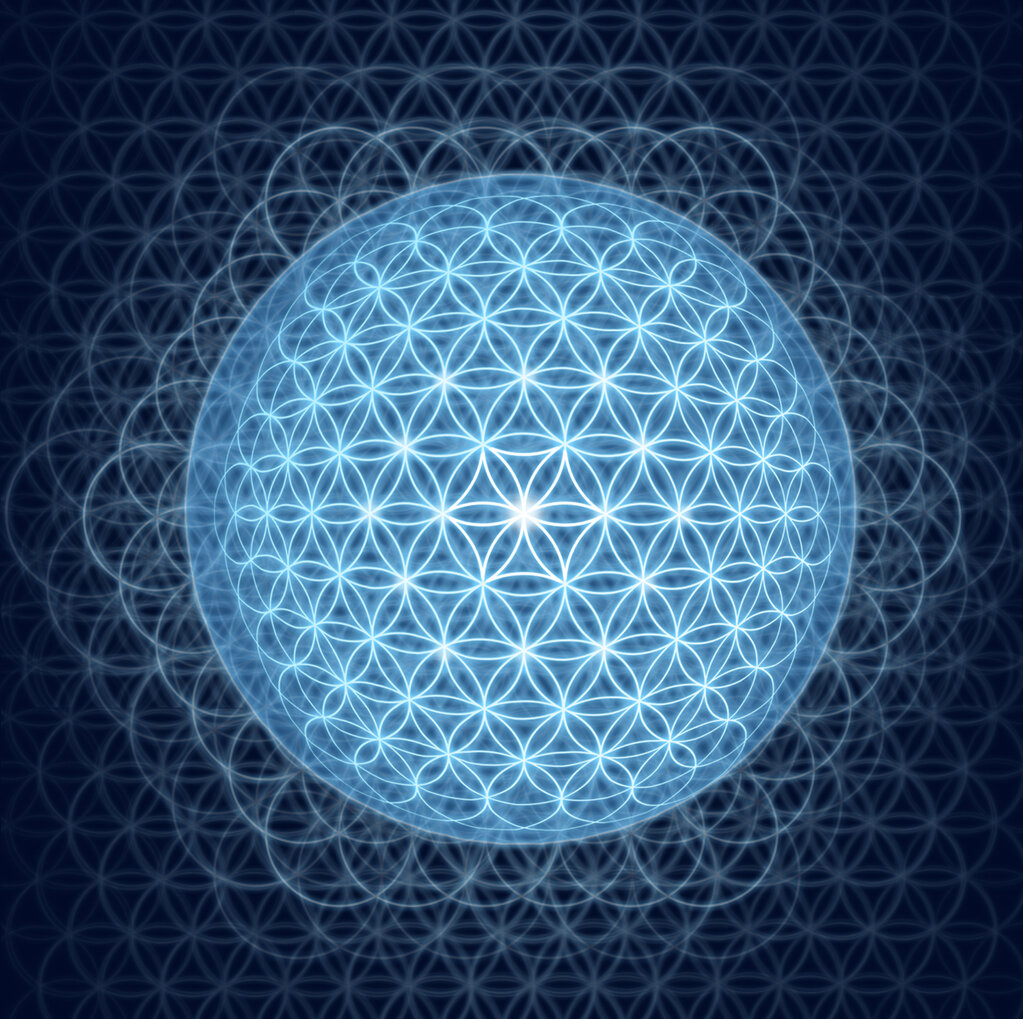 What is sacred geometry?

Ancient cultures, including Christians, Hindus, Greeks and Egyptians, recognized that certain patterns or geometric shapes are repeated throughout nature. For instance, the cells of a honeycomb are hexagons, and a snail’s shell is a spiral.

These common patterns and shapes came to be known as sacred geometry. They were further broken down into various numbers, mathematical formulas and specific symbols that the ancients believed were the building blocks for everything in the universe.

Modern science supports this theory. It’s been found that the shapes of molecules that form the basis of life are in fact many of the same patterns identified by ancient cultures.

Knowledge of these sacred symbols and mathematical formulas allowed the construction of many historical buildings, such as the great pyramids of Egypt, the Greek Parthenon and the intricate temples found throughout South and Central America.

Sacred Geometry is a gateway to a new awareness of the world. It is the door to your 3rd eye (pineal gland) as the lens for awareness of geometry  in our physical bodies.

The strands of our DNA, the cornea of our eye, snow flakes, pine cones, flower petals, diamond crystals, the branching of trees, a nautilus shell, the star we spin around, the galaxy we spiral within, the air we breathe, and all life forms as we know them emerge out of timeless geometric codes. 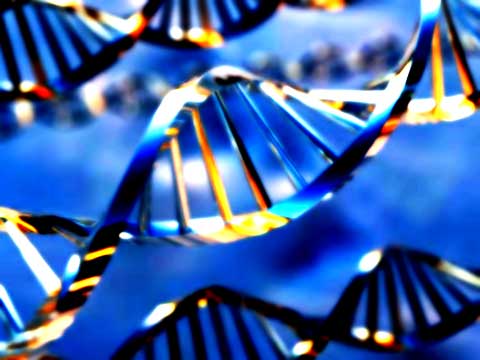 Sacred Geometry is the representation of the patterns that exist around and through all things. The repeating patterns life takes, the technological patterns we’ve made as well, patterns of the stars and celestial bodies. The designs of exalted holy places from the prehistoric monuments at Stonehenge and the Pyramid of Khufu at Giza, to the world’s great cathedrals, mosques, and temples are based on these same principles of sacred geometry.

As far back as Greek Mystery schools 2500 years ago it was taught that there are five perfect 3-dimensional forms – the tetrahedron, hexahedron, octahedron, dodecahedron, and icosahedron … collectively known as the Platonic Solids; and that these form the foundation of everything in the physical world.

The ancients knew that these patterns were codes symbolic of our own inner realm and that the experience of sacred geometry was essential to the education of the soul. Viewing and contemplating these forms can allow us to gaze directly at the face of deep wisdom and glimpse the inner workings of The Universal Mind.

What is it that makes all of these different species across all of life follow the exact same patterns, over and over? As you’re about to see in this spirit science video, so far all of the signs point to consciousness. It is the building blocks by which reality is created, and its so much more than that.

How Sacred Geometry Can Help Your Life

Sacred geometry has played an important role in mathematics and engineering, but what can it do for your everyday life? A greater understanding of sacred geometry can have many benefits. 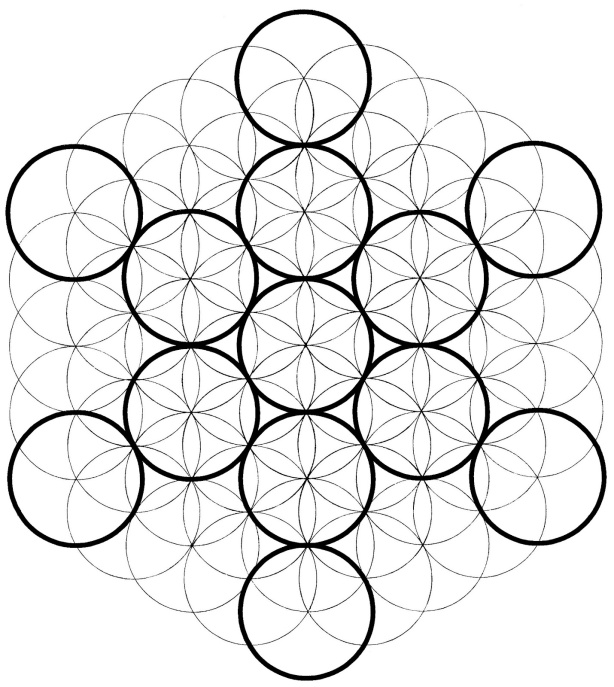 Improves your spatial understanding and visual ability. Many projects require an ability to imagine what is needed inside a certain space, such as planning a house renovation, determining what size of car to buy or laying out a new garden. Practice visualizing 3-dimentional shapes and dimensions will help with tasks like these.

Can assist with meditation and personal awareness. Mandalas are specific shapes used by various traditions to represent the universe and act as aids for meditation. You can work with mandalas to help your own meditation practice. Or you can simply decorate with symbols that are meaningful to you and place them as reminders throughout your home.

Promotes a greater appreciation of nature and the universe. Once you’re familiar with some of the basic shapes, you’ll start seeing how they repeat in many places throughout nature and man-made structures.

Enhances 3-D thinking. If you work in graphic design, movie production or any other type of design work, an awareness of sacred geometric patterns will help train your brain to see patterns and improve your design and 3-D skills. Studying the sacred shapes and patterns may give you some great ideas for your next project.

Engages your whole brain. The left side of our brain tends to be the more logical, technical side, whereas the right brain is typically the creative, intuitive side. For most of us, one side of the brain is usually dominant. The nature of geometry engages both sides of your brain and helps them to work together. This can make you more effective in life overall.